...all the warmth of a chain-mail duvet cover filled with ice shards

I once read that if you cut a worm in two, it becomes two worms. While I never truly understood how that's even possible I am sometimes shown real world examples of snakes growing a new head to remind me of how it might work. Even if this example does not make two snakes, it at least shows how the side of the worm without a brain manages to grow a new one. I suppose the other half, without an anus, doesn't matter as much and it gets a short respite from having the shit scared out of it like some other spineless cowards out there.

Of course, let's bear in mind that one of the above links is a 3-letter organization known for spreading hate and fear, accusing another 3-letter organization known for spreading fear and hate, of wrong-doing... Six in one hand, or half a dozen in the other, I'll leave it to you to decide which side of the hill that shit rolls down so long as you don't think it would roll up. Because there are some who do seem to believe whatever the hell they are told regardless of who does the telling. I prefer to simply listen to all the static and background noise until the pattern of a tune emerges. Sometimes these things are obvious, while others require much effort to hear, but I am always willing to listen even while I often despise the emergent music. 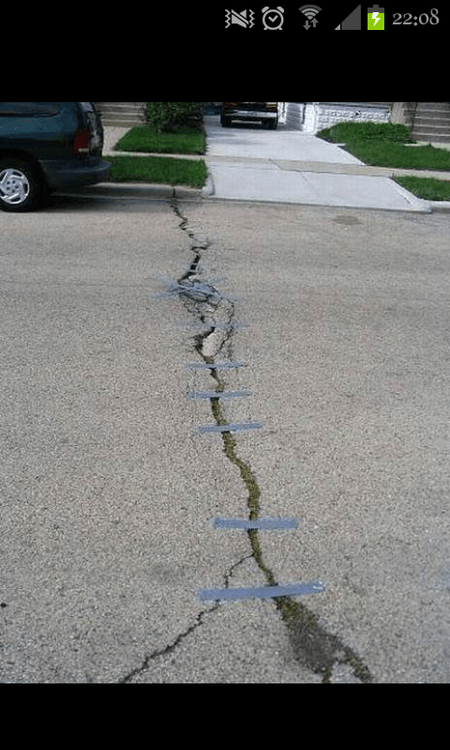 I'm starting to find a very different viewpoint in areas I had never suspected could happen, for example, when somebody speaks of going away on vacation and 'leaving the country', I realize that I somehow left the country a long time ago without packing a single bag, or even leaving my chair. No I didn't go away, yet somehow, my country left me. Maybe I simply advanced my mentality beyond the entrapment of patriotism, or maybe I slipped through some bureaucratic oversight somewhere along the way. I have an odd tendency for finding and falling through (plot) holes a bulimic super-model wouldn't fit through despite the apparent antagonistic laws of physics. I suspect this happens simply so I learn to pick myself up, again, and again, and also to remind me to be vigilantly wary of the smallest cracks regardless of how well they may or not be attended to, because some things are not attended to despite appearances (WTF?!! Really?!!). ...And when things are not attended to, suddenly nobody is accountable even for the things they said when the shit hits the fan.

This whole NSA spying thing no longer matters in either direction... True or false is no longer even relevant anymore. What matters from this point is that programs like PRISM are technologically plausible. Whether or not the U.S. Government broke it's own laws is not a question limited to this one argument since it's already willfully broken Geneva conventions on POW treatment and torture, so what's one more broken law down the path to tyrannical rule? What is relevant about PRISM now, is whether you choose to cower in fear of saying the wrong thing, or choose to change your email signature to "PS: NSA, go fuck yourself!"... Either way you will eventually say the wrong thing, better to have chosen to do so now than to have thought it was all for the warmth and snuggly offered up by a chain-mail duvet-cover filled with broken glass and ice shards.