I have decided that there is only one true label that works when trying to tag, brand or categorize myself: 'none of the above'. It's true that I might have been comfortable with the 'conspiracy theorist' or even the 'truther' rhetoric at one time, but that time has long since passed as I have expanded my world view infinitely 'outside of the box'. There are no longer any words that can accurately capture and contain my psyche, my belief structure, my perception and my consciousness. I smashed open Pandora's box years ago and have nothing left to fear. I started out this life with nothing, and I still have most of it left.

Did I miss the second coming of Osama Bin Dead for years?

Finaly there's some good NEWS in the NEWS

I suppose that there are 3 ways we could look at these numbers...
While all of these are quite plausible I hope that it's the 3rd option, because the other 2 options are absolutely depressing to think about...

A penny± for your thoughts

I have just done some quick math on this and decided that all prices are about to go up by 1 or 2 cents as a tax on using cash...

Since the most common strategy of retailers is to set a price to $X.99 so as to trick the brain into NOT seeing that X=X+1 then most prices would cost Quebecers an extra penny.

Obviously the math does change across Canada as provincial sales taxes vary. I do, however, see an opportunity to abuse this and make a statement, if only for a short while…

I guess it's time to give my take on this whole Toulouse, France situation... Other than being extraordinarily confused by the duration of the stand-off, and the media reported timeline of events, I actually find the whole situation laughably ridiculous.

Where do I even begin?

Is the plan becoming unglued? Are the money masters becoming nervous, or has their greed finally gotten the better of them? I was always certain that things would trend in the direction of infighting, impatience, and bold-faced publicly visible idiocy. I just thought they would be able to hold out until much more of the plan would have been played out. But, I suppose greed has a way about it which is transformation into a gluttonous lust for power culminated into envy among the 'haves' over what the 'have mores' have gained at their expense. Maybe this is also written into the plan even if it does not appear to be so.

MSM lies are becoming more and more transparent as time passes. Kony is a good example of failure to grab public support and sympathy. I had not personally watched the video before a co-worker had told me of evil people in Africa recruiting child soldiers... My only response was "That sounds like really old news... Like 20 years old..." This not statement only dis-armed my co-workers emotions, but prompted them to further research the issue and realize that somebody might be trying to manipulate their emotions. I was rather surprised about how easily I was able to defuse a situation that had presumably been carefully calculated to overwhelm logic with an outpouring of emotions designed to lead to only a single conclusion 'Invade Africa and get this monster no matter the cost'.

Just in case you missed it, a FOIA request has turned up what the U.S. is monitoring on social media sites. I have pulled out the list of words using OCR and highlighted the ones that make little sense.


Unemployed Canadians continued to find work hard to come by in February as 2,800 jobs were lost across the country.

However, a surprising decline in the size of the labour force meant the unemployment rate fell to 7.4 per cent.

A consensus of economic forecasts had predicted overall growth of at least 15,000 new jobs in the month, with the jobless rate staying steady at 7.6 per cent.


I don't understand the math... If 15,000 new jobs would have maintained a steady 7.6% unemployment, but we lost 2800 jobs (a difference of 17,800) and the unemployment rate dropped by .2% to 7.4%... Did a whole lot of Canadians die last month? Did Hawkesbury, ON burn down and leave no survivors? Did Magog declare independence from Canada?

Who is gaming these statistics?

So the next buzzword in the IT market is "BIG DATA". I am told this is not to be confused with Data-warehouse as this is even bigger. The trouble is that I find the source of the big data chatter to be quite disturbing. Cloud service providers like Amazon appear to be using this term to scare the market into the cloud where 'we' do not have to think about 'big data'... So there it is, the cloud is where others can manage more than just 'analytics' about all of said 'big data'.

But to who's advantage?

Microsoft - the company who created much of the present IT industry - is backing an IDC report that Cloud™ computing will create 1.5 million jobs worldwide by the end of 2015... This is the kind of report I expect from a company trying to push it's way into becoming a service as Microsoft is trying to do. There is a very strange omission in this report, it sticks out like a giant hairy melanoma on a supermodel's face when I look at it. This report claims that there will be massive savings to companies who will liberate their IT spending to be refocused on 'other things'... It fails to count how many IT departments would cease to contain employees in the creation of 1.5 million jobs, most of which as stated on the very last page: 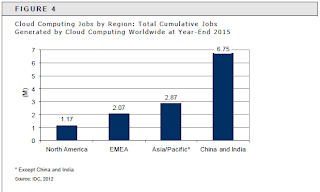 would exist in India or China.
Read more »
Posted by dirtykid© on Tuesday, March 06, 2012 0 comments

My first act of clairvoyance

Headline = Hackers busted after one becomes FBI informant
Story summary = Lulzsec leader turns government rat gets 25 others arrested
My article title: The Cyber war part 2
date I posted it: Friday, 17 June, 2011
what I said: "LULZ SEC -- My opinion of this group is that: once the proper legislation has been passed they will be officially renamed the ministry of internet truth."

Thank you, and don't forget to tip your server

Email ThisBlogThis!Share to TwitterShare to FacebookShare to Pinterest
Labels: 9/11 cover-up

All your .COMs are belong to U.S.

Just to prove the point that ACTA, SOPA, PIPA, and any other of these nefarious laws are not actually required, a Canadian registered .com based gambling site no longer exists because it is in breach of Maryland state laws. I am starting to wonder if I need to rethink my stance on the U.N. having some level of internet governance.... No, that still doesn't sound like a good idea, but this is possibly one of the future references that will be used to support that case. It certainly does help to make Russia's and China's case that the U.S. has too much control over the internet.

Why do I care about a gambling site anyway? I actually don't care about the gambling aspect of it, I think gambling is largely evil and is just as addictive to some as crack cocaine, such that, left unchecked, an addicted gambler ends up in the same predicaments as the chronic cocaine user minus the heart problems... Further proof of this can be seen everywhere as too-big-to-fail banks gambled (and still do) our present and future into oblivion, but the content of the site is neither here nor there in my perception of true the issue at hand: the internet as an American police state.

Dollar me this, Iceland

Iceland: in 2008 when the globalist banking cabal stole anything that wasn't nailed down, Iceland behaved in complete contrast to the rest of the planet... They told the bankers to fuck off and go bankrupt instead of shoveling tax dollars down the eternally hungry gullet of a bottomless pit. It wasn't a painless act, but it was over much more quickly than all the problems in Greece. It worked in much the same way as it is better to rip the band-aid off than it is to slowly tear it away for twenty minutes. The Icelandic Krona is still having a rough time against international markets and so they are looking to fix it somehow.

They could try to use the Euro dollar, which is killing Portugal, Ireland, Italy, Greece, and Spain (affectionately referred to as the PIIGS countries, which I guess gives us a right to call the banksters "Piigs fuckers"... I like that, I will have to use it again...). But I assume that they are aware of this problem and are looking for yet another 'fuck you bankers' solution to said problem but I am afraid this time they are looking in the wrong direction.

Email ThisBlogThis!Share to TwitterShare to FacebookShare to Pinterest
Labels: Fall of the western empire, N.W.O., Totalitarianism, U. S. Politics

Well, at least it's something... I have received a response for my petitioning of Bill C-30 and Bill C-11. even if it is just a standardized reply, it was not instantaneous, and therefore not automated...

We don't need no thought control...

It is now bad parenting to home-school your children even in Canada. Yes, a school's principal threatened to call child protective services because a concerned mother decided to home-school her child. I had heard similar stories from our neighbours to the south but now see the contagion spreading.