Speak of the Devil...

I am so often entertained when I watch some 'NEWS' item of he-said v. he-said where the argument begins "well, this guy isn't who he claims and is talking out his ass, and loves terrorists, dictators, and strangling puppies" (06:26 in this video), now that I've eliminated my opposition's entire credibility BLAH, BLAH, BLAH. Admittedly, some of my quote isn't "EXACTLY" what was said. Of course the retort @ 08:48 was pretty well said. Presstitute analysts like Kaplan need to be called much more often... It is too bad that his tactics of goading the opposition into a frenzied rage seem to have worked so well in this case. We all know that a frenzied rage is not the greatest platform from which to speak ones mind... In the end of this interview, I have no idea if Syria has actually been the topic of discussion by either party as it turned into a 25 minute shit-flinging competition, which means: working as intended.

Helen Thomas has passed away:

I might argue that many of my posts are born in a frenzied rage, but because I am typing them, I have all the time in the world to get my point across before clicking "Publish"... Sometimes, that leaves me far too much time to completely jump off topic, but then with all the topics I follow on a regular basis, it's almost a given that I will be everywhere.

On this day in history: the birth of modern-styled terrorism back in 1946. And here we are 47 years later, where the beatings will continue until morale improves. Negotiation apparently means one side must concede to the other side's demands, instead of the mutual concession that I used to believe was involved... But then these times are different than former times, which is reasonably obvious to anyone paying attention. Whether it's a good or bad thing remains to be seen, but I have been observing a growing number of expected results which don't transpire as they were initially expected.

And, of course, because I mentioned something about EI as recently as yesterday... My appeal to the appeals board of EI, which I sent in about 6 weeks ago, came back via a 10 minute long phone call, and resulted in no change in decision... Then I read this:

"During the Mercury in Cancer transit, we'll be required to have conversations that unnerve us and to participate in interactions that make us or others uncomfortable"

Not that I am overly surprised since I had already blogged about EI claims being denied, and quotas on Fraud Agents within the EI system as recently as yesterday, and I am known to evoke all kinds bad shit upon myself simply for having mentioned something within that same topic of discussion, and usually with a shorter than 48 hour delay... I will stand by the title I gave one of my posts over a year ago: "You can't always get what you paid for" which laid bare "The Harper Government™s" plans to reform the EI system into something that paid nobody if it could, at all, prevent it, while lowering the standard of living for any whom it could not find reason to prevent payments...

Maybe it's time to cease and desist any and all efforts to fight this system from within the confines of this system, since I do not win 'appeals' nor legal cases in which I 'stand a good chance of winning' until the lawyer has billed me a couple of months salary then decides 'this case is unwinnable'... I already gave up on 'voting for somebody' and simply mark an "X" in all the boxes to spoil the ballot, so it must be time to change all of my tactics where this fabricated system is concerned. I am already NOT A STATISTIC when speaking under the terms of most randomly generated numbers as I am not technically unemployed (those numbers are counted as people who have applied for or are receiving EI benefits within the last 30 days). I am not on Welfare... And if I don't find employment soon, I will not have an address either.

dirtykid©:
We appreciate your interest in Target Store Hourly positions.   After careful consideration, we regret to inform you that you have not been selected.

We will retain your candidate file in our database.  Thank you for your interest in Target Stores.
Best regards,
Human Resources
Target


Replies to this message are undeliverable and will not reach the Human Resources Department. Please do not reply.

Not even dumbguy work is working out... Maybe I could try this: 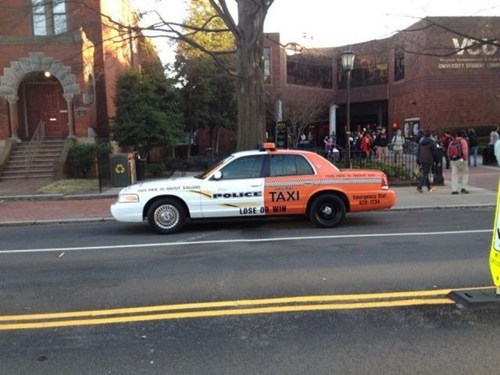