Who would you kill for a Klondike bar?

Are we supposed to be surprised that Canadian income inequality and poverty is growing? Probably not. We tend to follow the U.S. pretty closely, and they have plummeted even further down this 'report' than we have, so I doubt we're anywhere near finished this descent. I am pretty sure most of us feel the same thing happening to us: we make less than we did, or at minimum, our grocery carts, rents/mortgages, and gas tanks cost a larger percentage of our take-home pay. It's all fine and well that the government looks after the poorest among us, but, if they continue to not look out for the rest of us, we'll all be the poorest, and then there will be no money to look after any of us. The math is pretty simple really, any% of nothing equals nothing so it doesn't really matter what the tax rate is at that late stage in the game. That doesn't mean that I approve of those out there who feel so hopelessly dependant on the government that they will sue them for even more.

Foreign companies favouring foreign workers over local workers is akin to thumbing their noses at us while their other hand is still in our wallet. It's easy enough to get away with when you front-load the system and give too many rights to corporations, it's even easier when the media isn't fact checking or figuring out how many millions there are in 38 thousand. Who am I trying to kid, it isn't like the government to take a stand for the people unless it's the people who can finance or even rig their next campaign.

We are the drooling unwashed masses desperately awaiting our next dose of porn violence who are too busy sticking our heads up our own asses to see that there is no light at the end of that tunnel. Docile and gullible, we'd kill for a klondike bar, but it's 'talk to the hand whenever' somebody might raise a question that challenges the narrow view of the universe we've been handed. "Denial is the most predictable of all human responses." We deny some of the most obvious failings of this 'system' because we fear the unknown. Religion has known and preyed on this failing for thousands of years. Why do we still fall victim to such ridiculousness?

We fear the aloneness in the mist the darkness of the unknown so fully that, blindfolded and gagged, we allow ourselves to be led down the darkest alleyways by anyone claiming to know what isn't known. Yet in the end we are alone in a dark alley listening to a prerecorded message claiming we are not alone. Don't take off the blindfold or a Pandora's box of misery and despair shall destroy you and take out half a city block in one fell swoop. More lies to cover all the bases.

Pandora's box does contain some truth to it. You see, the narrated reality of these times can and does unravel once certain beliefs are challenged. Beliefs such as: 'the government works for me', 'freedom of [insert whatever word you'd like here]', 'for the people, by the people', 'greatest on earth', 'humanitarian missions', 'spreading democracy', 'innocent until proven guilty', 'governmental job creation', and 'Banking creates wealth' are all propaganda at this point. They might have meant something different some time ago (not during my lifetime, so I am not actually certain of this [except: banking has never created wealth]), but now they all prop up a corrupt system of perpetual indebtedness. So, yes, there is fear of opening Pandora's box, but it is their fear projected on to you. Those who control the polished mainstream vision of reality, project their fears into the reality they've built through such fables and lore, because there is a very real threat. That threat isn't directed at you, however, it's a threat to their system, their 'prison', their 'reality', or whatever you wish to call it.

I am aware that 'it sounds crazy that the world could be controlled by a small group of powerful and wealthy individuals' and it is frequently argued that 'people would talk'. Again, these are meant to contain the argument to a single-sided debate. If a group of wealthy and powerful individuals own majority shares in the NEWS, buy and sell politicians and judges, and make the largest donations at the police fundraisers ball, who would you talk to?

You see, people DO talk, but, those who do have a nasty habit of vanishing or dying under suspicious circumstances very soon after talking. I suppose it's 'just a coincidence' that people who claim to have evidence that would shake the foundations of the world, somehow manage to accidentally shoot themselves in the back of the head 5 times or have brake failures while driving too close to the edge of the cliffs of insanity. Happens all the time. One day you're here, then the next, you never even existed.

Still, maybe you aren't convinced ...And things are only getting worse because of consumer confidence or some other bullshit excuse... Right? Consumer confidence has little to do with consumers being broke because their well-paying jobs moved to China, then the Chinese got re-imported here to take away domestic jobs. The government has not 'helped' you with that, they allowed it. Somebody (President Clinton or VP Al Gorn, maybe?) once said we were moving into an information age, so manufacturing was no longer needed. It's too bad that all the information was deemed a threat to national security a few years later, otherwise we might still have a job. Which has put me right back on my original topic.

The system is not broken, it was built this way. Things are getting worse because they are being steered into the land of no return intentionally. The Occupy movement has been co-opted, or maybe even stolen. Not that that did much but get hit with a vulgar level of police spying and brutality. Which, oddly enough, I can now only find stories of police brutality on the defunct alexander higgins blog... There's probably a reason for this, but seeking it out would be yet another distraction. 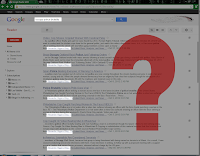 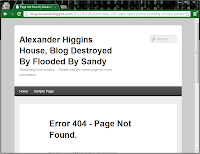 What voice do we have left? Protests? Petitions? Voting? Been there, done that...