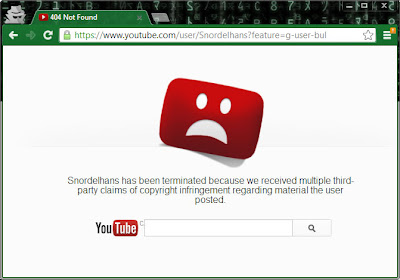 It's been a couple of days since one of my YouTube subscriptions passed away. So I thought maybe a memorial service would be appropriate.

Snordelhans was a voice to many bloggers and poets. He usually was not the author of the texts read aloud in his videos, but he always credited his sources, providing links to the original in the description, as well as crediting them in the video. The videos themselves took many forms from stop motion, to CGI, to pieces historic news reels. There was music involved too, generally something instrumental so as not to compete with the poem being read. These things would also be credited to their source helping to promote the vidiographer, musician, CGI animator, or struggling art student...

In many cases I have seen the bloggers link back to the videos, which, for me, automatically signifies 'permission' as well as 'approval' of the reproduction of their material. I know I haven't been diligent in figuring out whether there were problems with the video and audio backgrounds, but I can state that none of the videos I watched contained any mainstream acts known to go ballistic over copyright infringement (Prince, Lars Ulric, EMI, or any other among that bandwagon of sue first look at statistics later people who are too tunnel-visioned to realize that the ocean is not getting higher, but rather, the ship is sinking).

But there is one thing that sticks out as being a problem. Some videos used such words as Zionist, or touched on "taboo" topics like: the sinking of the USS Enterprise, 9/11, Peal Harbor, Israeli Apartheid, Palestinian's rights, and just about every other don't ask don't tell topic you could think of. I even received the 'YouTube updates' email I don't remember requesting showing a 'new' posting. 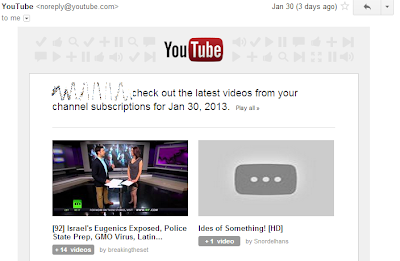 The lack of an image seemed odd, and that was when I found out Snordelhans had been wiped from having ever existed, sort of. You see, the Les Visible post 'Ides of Something' still exists as does the original Snordelhans video. Not sure what was changed for this redux, since it is a redux... The Ides of something had already existed for many months, I had both read the original, and watched the video, so could it have been some new video running in the background that someone did not like? Because the words themselves are not new.

Obviously copyright is a tool of censorship.