Insofar as we're willing to look

The Local News this week has been in hyperdrive Officials at the inquiry have explicitly stated that federal politics is none of their business while Elections Canada wouldn't confirm whether it planned to follow up on testimony emerging at the probe.

They claim that when you don't spray the whole building for roaches, you never get rid of them because they'll all scurry into that one place where there is no poison and thrive until the poison is no longer an issue

Surely he'll be applying for a job at the federal prosecutor's office soon enough. A former Liberal organizer has temporarily stepped away from his duties at Loto-Québec after allegations of illegal fundraising surfaced at the Charbonneau commission.

Another person who's about to decide it's time to join the federal politics campaign trail 'for the good of the country'.

Study finds Quebec companies are most heavily taxed in Canada and U.S.: A new University of Montreal business school study says Quebec companies are the most taxed in Canada and the United States, even after accounting for financial assistance from the government.

Don't worry, the experts are fairly certain this bears no relationship with the number of jobs nobody can find. Quebec's language laws will be extended to apply to daycares, meaning immigrants to the province will have to send their children to French-speaking facilities, the government says.

What Immigrants? Aren't they all moving to where there are jobs?
EDIT October 18th 15:53: PQ backtracks on daycare language comments


How to put Canada's nuclear waste to bed: 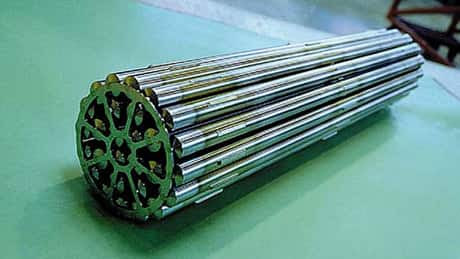 What do you do with two million highly radioactive nuclear fuel rods, enough to fill six hockey rinks, sitting in seven locations hundreds of kilometres apart? Canada has a plan.

No doubt Quebec will see 'jobs' all over this...

Thank you, I'll be here all week, and remember to tip your server...