a turnstile through the plot-hole of reality

It doesn't require very much imagination to realize how things got to where they are. Given enough money, plans can be executed, locked doors become turnstiles, and goals can be accomplished no matter the cost. It doesn't even need to be your money, because let's face it, there's nothing more fun than using other people's money while hording your own. Money buys the actors required to set the stage for agendas, and money pays the airtime to reinforce the agendas just in case you forgot what the agenda was. Yes, money buys your opinion, but, only if you don't question it...

I never said money buys "quality", which is why many of these things don't stand up to very simple questions... Is it a lack of creativity? Did someone in the 'continuity team' get fired 'mid-season'? So many get outraged (warning: really loud, and awful techno music comes in around the 5:00 mark of the video, I assume it's to filter the identification of the person in the video, which could have been done much easier by blanking the audio track...) by plot holes in a T.V. series or movie, which often occur due to multiple writers not cooperating, or by some shortcut taken to fit within a timeframe, as is sometimes illustrated by the 'deleted scenes' on the DVD release... Yet, somehow, we (or at least many people not including the astute and alert) suspend our disbelief when something is sold as 'reality' instead of 'fiction'. Why is that? Shouldn't reality be held to a much higher standard of accountability than fiction? Fiction is allowed to be whatever it chooses to be... If fiction chooses to have fire-breathing dragons attacking New York in 2050 and New Yorkers fighting back with laser swords and pulse cannons while flying their cars at Mach 5 down abandoned and half flooded subway tunnels with their friendly robotic sidekick, then so be it, because IT'S FICTION... (come to think of it, I'd go see that as long as they cast Will Smith)

When reality can't remember if somebody died with their boots on or was shot so hard they flew our of their sneakers (which on it's own sounds as realistic as the Hollywood principle in which all cars explode on impact... Some did, sure, but this was more an exception than a rule), then there should be a problem. Reality should not be stranger than fiction. Of course, the increase in the number of people who are sensing something is very wrong has the control freaks badgering people with some pretty retarded shit. I have no clue why they'd even need to send people to the door with all the cyber-snooping going on, but my first guess would be intimidation.

Obey the master or go to jail. Obviously that is a rigged choice. The laws are created to serve the masters, this much is obvious because the reality is humanity can survive on a few very simply worded rules yet what do we have instead? Yes, a whole bunch of odd shit... I don't think it it should be illegal to end the life of someone suffering from a chronic illness so long as that is what the person wants. There are a whole bunch of things that are not legal in some places between consenting adults, on top of a whole bunch of ways corporations are allowded to fuck us over, and even when they are not allowed to, there's the expense and tediously long court-room drama process which ultimately boils down to a popularity contest between over-priced lawyers, or who is the most convincing liar depending on the circumstances. Most "progress" made in recent decades has been counter-intuitive at best, and downright criminally insane at worst, and almost always a self-serving conflict of interest.

That people are waking to the audacity and 'apparent' foolishness of things now considered to be reality. Some would argue that I see what suits me, and sometimes that's absolutely true: 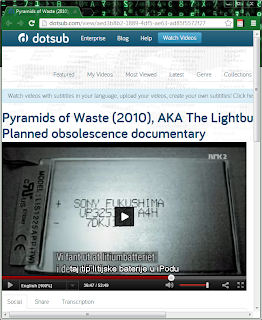 For example, I am typing, and listening to "quality" link from above, and often the window is behind other windows so I am not even seeing it... But I did see a buzz-word that flashed on the screen for only a second which was not spoken by the narrator. This is an example of seeing something that suits me... I am not implying anything in pointing it out, I am not linking this word to anything other than coincidence, yet there it was simply to remind me of something I don't often point out anymore.

In fact, how does it suit me to point out that the world has become a control grid owned and operated by psychopaths? I'm not selling anything but observations and ideas, at a cost of however long it takes you to read them with an expense of how long it takes me to write them... And I assure you it takes far longer to write than to read so in that regard I operate at a loss. My only hope in doing this is that thinking becomes contagious and infects others... Nobody is really an expert in anything except, possibly, manipulation, isn't it obvious to everybody yet?

I need some comedy...