the Jay-Z wifebeater and other good or bad news

I would like to take a minute to thank society for this gem... To say that I am not a fan, would be the most ludicrous understatement I have ever made. There is one thing baffling me in all of this, where do all these people who can afford $120 plain white T-shirts live? Anyway, I have already dedicated more time to this than it was worth. Moving on...

Before we rejoice too hard over MySatan leaving Europe, let's recall that they left the wheat market years ago too, and that did not appear to work out as planned. In fact, it seems that so much 'good news' finds it's way into the 'bad news' side of the ledger with so little time delay that there is almost a refractory effect causing it to appear that I penned it in on the good side while it actually landed on the bad side... I'm not suggesting witchcraft, but something more simple, like when you plop the net into a fish tank and the handle appears to be bent from a variety of angles.

Just to cite another example, and one I did not expect, Silverstein can't sue the airlines for 3.5 billion over 9/11 hijackers. I suspect that there is another shoe, though I could look at it in a 'glass is half full' way and state: 'maybe this case caught too much attention and could not move forward'... But I am generally not that foolishly optimistic, so I will stick with my first stance. I mean, it isn't like the war criminals have suddenly gone off to greener pastures because people have stopped listening to them.

Some things really are contrivances for the sake of appearance. Remember, sometimes not seeing the problem, doesn't mean it has gone away, it's simply been moved out of sight to not scare those next in line, like putting a curtain up right before the end for the conveyor belt where you are inexorably launched head first into the meat grinder. (I still don't get this one, but I've not been mentioning it for a week now)

The truth does eventually manage to cut through the 'fog of war'mongers lies because eventually it has nowhere else to be hidden. It's like the air in a metro station suddenly being displaced by the rushing entrance of a speeding train. 'Whoosh' and now there is a train where there once was only air... The air couldn't stop the train, but you felt it try as your once coiffed hair blew itself into a corkscrew. (maybe this is the cause of failure I've had in all those job interviews downtown)

Maybe some part of these suddenly unearthed secret truths are caused by the fact that some of the humans on that side of the fence are just a stupid as those who've been entrapped within the MSM dog run miniature yard within a yard (or reality within reality, as is the case)... Or maybe there is still a degree of deliberate effort as to which bits escape and when simply to keep people like myself frustrated that the dog in the dog run hasn't figured out that if it simply digs under the fence it can eat that squirrell that's been taunting it every day of the week.

I am aware that some degree of the things going on are designed to drive us into complete and utter madness, simply for the fact that we are constantly bombarded with complete and utter madness just about every hour of every day. We are living in times where life imitates art imitating life, and where such things themselves have become an art form. Praise be and hallefalujah, except for the sins of omission, which really is what most of the problem would appear to be. How else are the masses supposed to perceive the constant rewarding of vile creatures except to think that turning into a vile creature will earn rewards?

To hit a local topic before I wander off... I'd like to thank Tim Horton's from proving that there ain't no free wifi, and I'd like to thank the gas/oil industry for predictably jacking up prices just before the Quebec construction holiday started... 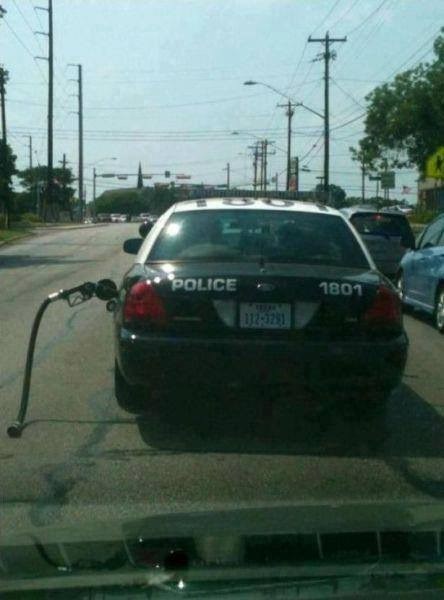