be careful what you wish for...

I don't claim to know everything, and often don't even claim to know very much at all. I simply have a perception of things that allows me to understand where the lies and injustices are. I become incensed, and outraged by injustices, while the lies have a varying emotional and even physical effect on me depending on the level and degree to which they are orchestrated, and I am probably not alone in this category. I say that I am not alone, except that, when I look around, I think a great many people do not recognize these symptoms and have no idea where to lay blame, which leads to odd behaviours, or worse, or, well, I don't know what to make of this one at all, especially considering the 'getaway' car (tractor).

There are a few hard and fast rules in this world which have very infrequent exceptions (sometimes as infrequent as to be known as never). These rules are as follows: 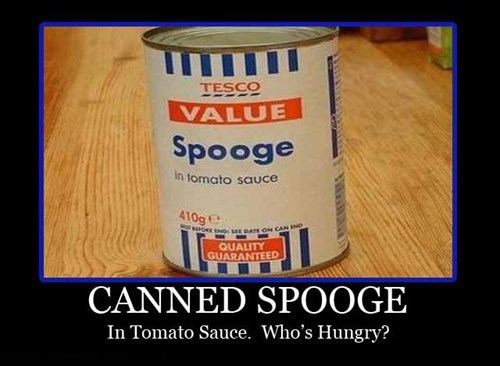 I've been seeing some recent retorts to anti-GMO labelling weirdos (and I'm not using weirdos as some kind of affectionate pet name) akin to 'if you don't think we need to know if your food was grown or petri dished, maybe we should simply remove the requirement to list ingredients altogether'. I think that is a horrible idea to put out there, in a 'be careful what you wish for' sense. Yes, I am saying they'll run with that one because think of all the pretty logos and 'buy me' slogans they could print in that space where ingredients and nutritional information now reside... Because let's face it, some people really don't care what they put into their bodies (just looking at this make me want to hurl)... No, if you want to dumb down the argument please find a way to do so that does not give the other side a motive to support the idea. To quote an expression I've heard: never argue with a moron because you'll be dragged down to their level, where they will beat you with their extensive years of experience. Just keep in mind that the lies and conspiracy theories are not able to keep themselves hidden as well or for as long as they used to be. 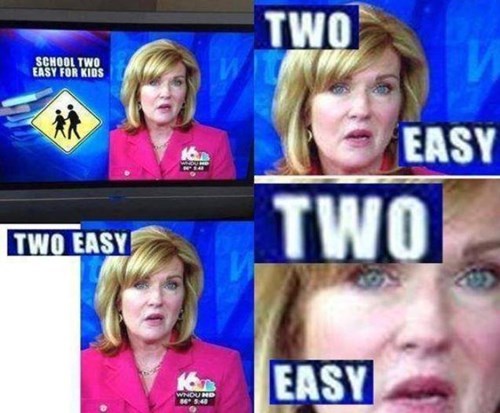 Maybe our peerless rulers have grown impatient at the inching forward of carefully laid plans in this 'now' generation of instant gratification, or maybe they honestly thought that the vast majority were already two, no, to, no, too dumbed down or brain dead to notice that the room is slowly getting smaller... Maybe this 'room is getting smaller' effect has some of the underlings and minions thinking that they are not long in the line for the chopping block, or maybe there is an awakening of conscience and empathy growing amidst the harshest of climates like a dandelion sprouting up from a crack in the pavement of an otherwise concrete jungle. Maybe it's simply too expensive to hire good help and pay tribute to the usurers at the same time and so in order to make ends meet the help has found that certain information is worth more than it's weight in gold.

I'm not behind any of the scenes in order to see the full equation, but I suspect that there's a combination of many of these scenarios going on all at the same time, as well as a few other possibilities I have not mentioned. Regardless of how or why such things are surfacing as quickly as they are, we need only examine a simple economic reality which determines the final outcome of this war of information, which is, the more money and effort they spend trying to hide these conspiracies via legislation, militarized zones, catch-all communications hubs, or whatever else they have up their sleeves, the harder it becomes to maintain while 'the enemy' finds cheaper and more elusive ways to work around whatever obstacles are thrown out there so haphazardly as to eventually implicate anybody of having broken some ridiculously draconian law.

Email ThisBlogThis!Share to TwitterShare to FacebookShare to Pinterest
Labels: Fall of the western empire, Police State, The Media-Industrial Complex