I have a bad feeling about this...

Consider how well software in our present era 'detects' and prevents  malware and viruses: It can detect them after it's already on your computer, and then frequently fails to remove it automatically because it allowed the software to be installed instead of preventing it. And we are talking about detecting the intent of computer code which is not some living entity with emotions and free will and a boat-load of other unusual quirks.

Reading this article, it appears to imply some form of artificial intelligence which learns and can adapt to different locales. It's already scary enough that terms such as 'unusual loitering' are called on to paint the story, for software to be monitoring train stations. I guess hobos are no longer allowed to take up residence on benches in train and bus stations, as, I am fairly sure that might be construed as 'unusual loitering' with blankets.

I have not even mentioned that I do not believe that computer processing is actually on the level where AI is even possible. Remember Watson? While "it" was an impressive display of speech recognition and data parsing, Watson was not exactly an intelligence, and some of the answers presented were really out there. Another thing to consider, is that Watson was not your standard run of the mill desktop either: 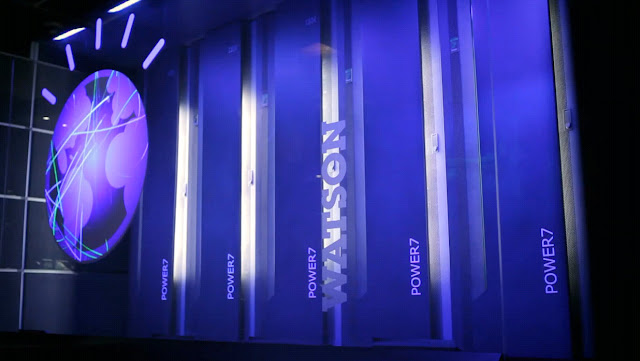 More aptly put, Watson was a cluster of 90 High-End servers which when combined likely cost as much or more than a Bentley (maybe even two).

So who's budget will that come from? Many states and cities across the U.S. are on the verge of bankruptcy and cutting funding to road maintenance, street lights, police, and many other things that I am sure residents need more than a supercomputer that'll accuse them of being terrorists. Are terrorists really more dangerous than street gangs and other thugs? Has anyone (who was not somehow linked to the FBI) even come close to blowing up a train?

It's all so backwards. We build prisons instead of schools, fight terrorism yet allow rampant crime, lay off people and replace them with supercomputers, and look the other way while banks loot everybody's pocket but punish those who have nothing left, cut taxes to the wealthy so they can further enslave the poor. Yet this is all somehow normal? You can keep your normal, me I will be the one who is unusually loitering wherever I happen to be.