The Sharing Economy And Other Dream-States

I was reading something about 'the sharing economy' which seems to think not being able to find permanent full-time employment is a good thing... I figure it was written by corporate big-wigs who like not having to pay into benefits, retirement funds, unionised wages, and all those other things that used to be taken for granted while you could find a job that would keep you for thirty plus years. We shouldn't need to be working 6 jobs at a time but under these by the corporation, for the corporation governments created and run by Zionist bankers who don't like having to pay anyone but themselves, here we are.

But cheer up, there's good news, or maybe there isn't really... This is how that looks in my feeds: 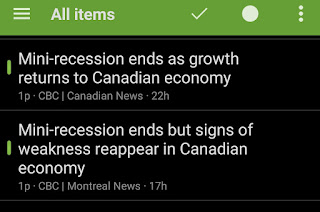 In just a couple of hours they completely changed their minds about the future of the economy negating that things don't look so bad. Of course, I cannot see the original story to determine if it simply had a misleading headline yet spoke of darkness and poverty for the next hundred years, which is entirely speculative anyway, [shrug].

While I'm on the topic of speculation, I'm just going to leave this here. Discuss amongst yourselves...

I am pretty sure I know why men in their 50's are committing more suicide than anyone else: they wake up one day realizing that all of their efforts, which have been, for the most part, thwarted, to achieve 'the dream-state' of happily-ever-after were all in the furtherance of the massive lie. They've enriched the banks in attempting to buy the white picket fence and are not happily-ever-aftering, while their retirement funds are worth less now than they were then, if they even still exist. And being in their 50's there is not enough energy to rail against the system that fucked them over, and not enough time to try to rebuild 'the dream-state'. No amount of trying to go back to sleep at that point will ever place them 25 years ago where they can do it all differently and their future from this point is grim at best. Maybe they have equity in the house that's not enough to cover the cost of fixing all that has withered and broken over time, and maybe they don't even have that anymore. I've lost everything I'd accumulated, save whatever fit in the trunk of a car, more than once... Then lost the car too. I never had the illusions that the dreamland wanted me even if I may have lacked the clarity to see the big picture as I see it now. My life as a misfit never gave me the false impression that I belonged to 'the dream-state' so I never felt the same sense of hopelessness as those who cannot afford their midlife crisis little red corvette do now.

That dream, which used to appear less grim, is now ruled by fear, and being backed into a corner, while the illusion is constantly being manipulated. Fortunately for us, fear doesn't remain contained very well, and it leads to panic in the plans which are far too hastily carried out. Why else would they be so easily exposed? I suppose it doesn't help that some people refuse to play by their rules. They wanted a global community, and we created one for them, but it's one where we look outside of our narrowly painted narrative and see there is so much more to it.