One of the things I've found common during economic recessions, is the official denial that one is happening. Maybe it's simply in hopes that not talking about it will make it go away, or maybe it's because calling it such makes everyone stop buying things which, needless to say, causes a recession to spiral more out of control. But, since I've yet to see a recession announced early, while people still have jobs, I have no scientific data to suggest calling it one and urging people to buy anything not nailed down would actually work.

I'm inclined to think it wouldn't because the people with the most money (unless there really isn't any money there either) will simply hibernate in their pods until prices are so disproportionate that people are selling acres of land for a ham sandwich, because there is no money, only IOU. Add to that, our largest export in present times is well-paid jobs to slave labour countries unless it's already being done by (killer) robots or poorly programmed computers... Or, still more poorly programmed computers...

Of course, I'm speculating on things as if the world were actually the way we are told it is, instead of being the way nobody wants us to know it is, which it actually is... The same names are involved across the planet as the same plan is in play, albeit, in varying phases just about anywhere you could land a dart on a spinning globe while both drunk and blindfolded.

Maybe I'm simply not making sense to anyone anymore, but, I don't feel like I'm the one trying to sugar-coat a diarrhea sundae, am I? No. I don't have that shit-peddling flavour in my mouth, so to speak... I mean, this is the same world where one of the world's leading death peddlers is part of the UN human rights council, which leads me to wonder when Ashton Kutcher is going to reveal that I'm being punked. Claiming to be the same people promised things nearly 6000 years ago does not make it so, and history likely never recorded the moment where they broke their end of the bargain and forfeit the favour of the almighty in the name of profit, but, from where I sit, that appears to be how it really went down.

The human ego can so easily convince itself that everything is justified that it will find the exact right data set to prove it... Just ask anyone who still believes that in two more generations snow will be as foreign a concept as an 8-track cassette tape is today. I do the same thing on payday as the influx of money illustrates I could get very wealthy as in that day my income far exceeds my expenses... But, when normalised over a lunar cycle, I'm pretty certain I'm fucked, so I do understand how the process works. As an additional example, one might look at my news feed and think there is an underground movement in Canada to kill all the lawyers: 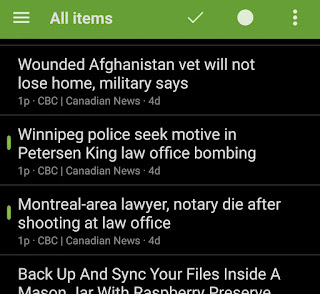